Tidying up the Stormcast 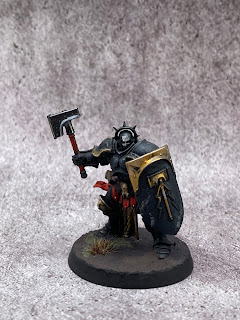 I mostly spent last weekend tidying, but that did mean I finally started putting away a huge pile of Stormcast Eternals that Squiggle's Studio painted for me. As a happy bonus, I managed to get photos of a bunch of them while I tidied them up. First up being the original test model Liberator who can be bundled into some of my Stormcast Underworlds Warbands to make a Retributor unit if I need to. 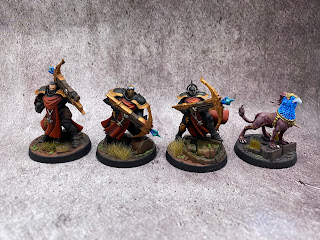 I picked up these Castigators as part of the Warhammer Underworlds Starter Set. I need to dig out their card deck and work out if its a valid Rivals Deck, or if I need to use one of the "any warband" decks instead. 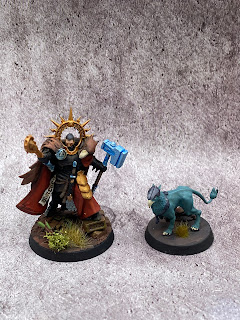 A Lord Imperatant with his noble Gryph Hound. The character model from the big starter box, I'll probably end up taking him in some early games while I start learning the rules. 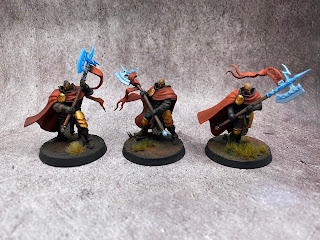 The Praetors seem to be a bodyguard type unit, though I think the rules for such things have changed since I last looked. 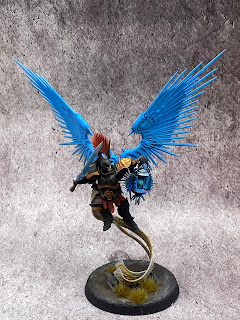 I had to check the Games Workshop website to make sure I didn't call this model Flappy Boy 1, and his brother below Flappy Boy 2. He's a Knight Azyros, and his lantern does cool mystical stuff. 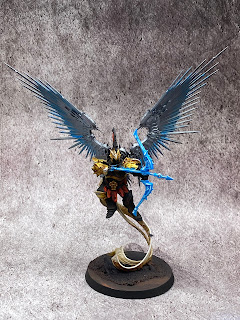 The Knight Venator is a fast shooty boy. I think I prefer the Azyros looks wise, but as I had a second one I didn't see any reason not to have one of each and find out what's different about them.
Anyhow, that's enough excuses for not tidying - I need to get back to putting things away!
Posted by The Responsible One at 19:00