Last of the Stormcast 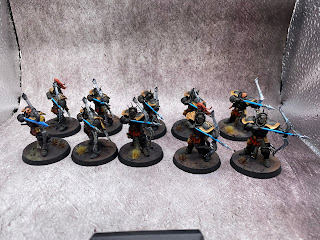 This isn't quite everything, in truth, because a couple of models still need some repair from transit, but I've photoed everything else before putting them all away. First up we have twenty Judicators I picked up from the Mortal Realms magazines. 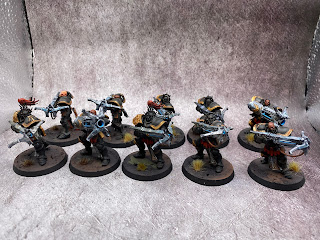 I wasn't sure if the bows or the crossbows were good, so in the interests of classic indecision, I got ten of each painted. It will mean I can do a bit of experimentation to find out what I like by playing some games.
You know, when I actually play some games. 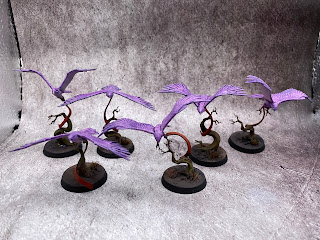 The Aetherwings are some nice visual variation from chunky armoured warriors. I hope they do something useful on the battlefield so I can use them now and again. 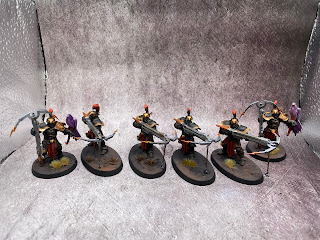 These are Vanguard Raptors, and I understand the Longstrike Crossbow version is super good, so I had them all made up the same. 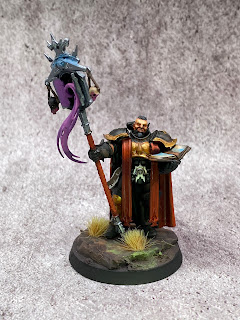 I think the Exorcist was one of the first models I got from the Mortal Realms Magazine. 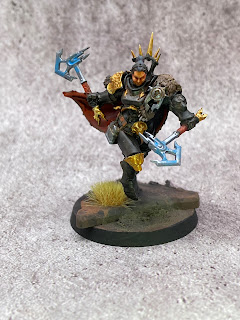 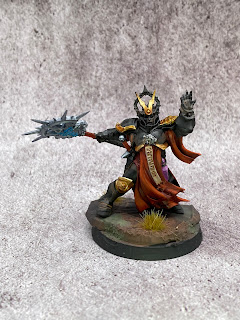 This is a Knight Incantor, I think from a "Getting Started" pamphlet or something? 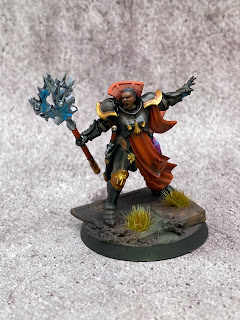 And finally, this is the Mortal Realms exclusive Knight Incantor model with a head swap, because I wasn't a huge fan of the original head.
Posted by The Responsible One at 19:00