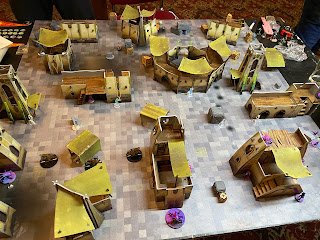 I was down at the club again for the Meatspace League. The second round was Frontline, and I was up against Ariadna. He won the Lieutenant roll and chose to go second. I picked deployment and had Ariadna deploy first. I then understood that decision as nothing but a pile of camouflage and a handful of cheerleaders got deployed. In particular, I found it particularly difficult to put my mines down in good locations outside the zone of control of the opposing camo. 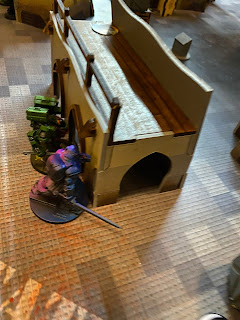 As the Ariadnan reserve model was a Blackjack, I decided it was best to use McMurrough to deal with him. He successfully got across the table and cut the Blackjack in half. 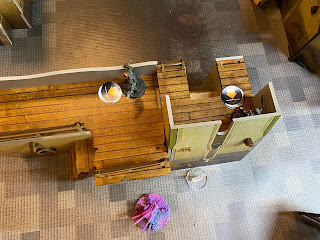 The Sensor Remote had a wander up the field and revealed a Chasseur and Uxia McNeill. There was a little moment of "Wait, Sensor is how good?" I need to keep bringing Sensor remotes. I kind of wish Dahshat could bring more than one. 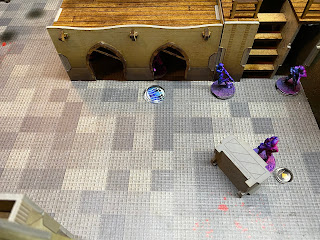 The Ghulam link had a wander up the field and dropped some Grenades onto Uxia unsuccessfully. I forgot to use the NCO order as it was the first time I'd used it. I had it as the second group, and I don't think it was a good experiment. 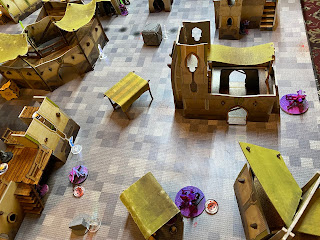 Jacques Bruant then proved he's amazing now and went on an absolute spree. He took out the Lu Duan and the Sensor bot with ease. 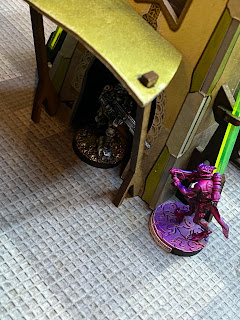 In an attempt to slow his mischief, I dodged a Libertos with a shotgun into his line of sight, although it sadly didn't slow him for long. 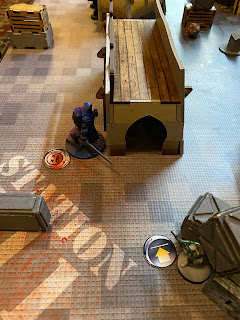 Unfortunately, I'd been slack with placing McMurrough into close combat so his facing was not in a good place. The Ariadnans used coordinated orders to shoot him repeatedly from multiple angles. The -3 to one of the flamethrowers because of his facing meant he failed two dodges in a row that would have gotten him out of danger, and down he went. 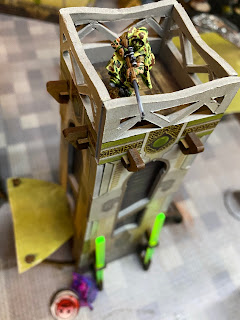 The Ariadnan Lieutenant then revealed to take out the Rui Shi, and then stayed up to be a very annoying ARO piece. I was, at this point, pretty certain that there was a Chain of Command sneaking around somewhere, although I didn't know Ariadna well enough to know what it was. 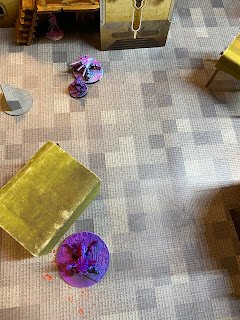 I murdered the Lieutenant then sent the engineer servant remote out to repair both the Lu Duan and the Sensor Remote. Having so many irregular orders in my main group really hurt my ability to get stuff done! 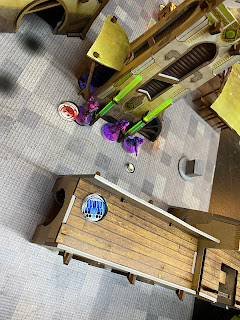 I advanced my core link up the field for better scoring at the end of turn 3. 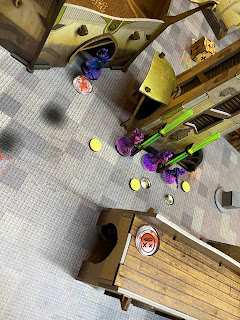 Unfortunately, someone from the Ariadnan side managed to get a bead on my Lieutenant, meaning my third turn was spent in loss of Lieutenant. This got compounded when Sforza went to go and murder one extra cheerleader in suppression and an unlucky roll meant he went down without me having the orders to get him back up again . . . 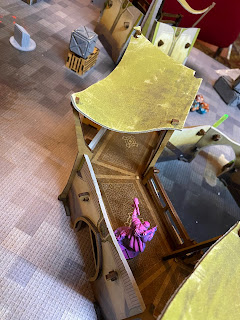 I'd managed to stuff up and didn't have anyone in my near zone at all. All Vassily had to do was shoot past a couple of ARO pieces and the game would be Ariadna's. The first thing to do was to get past the Zhencha, who proceeded to roll a crit on a six and leave nothing of Vassily but a pair of smoking boots...
So, a 3-2 win in a hard fought game. That was close! In the end, it was more luck than skill that got the win. That said, I felt I had it a lot more together. I made a couple of deployment errors, and I think I need to switch around the balance of irregular orders between my groups. Plenty to digest before the next League game.
Posted by The Responsible One at 19:00