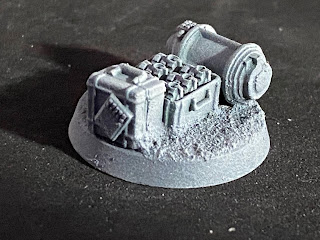 In the interest of a flimsy excuse to paint up random figures and maybe play a game with them at some point, I picked up Stargrave by Joseph McCullough. The book is produced by Osprey Publishing, and North Star Military Figures produce an official line of models. That said, it's deliberately designed that you can use models by any manufacturer. 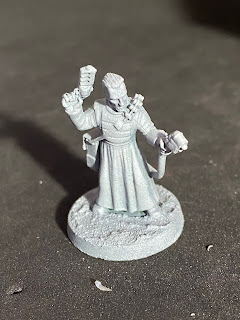 Rather than doing a Kickstarter, they launch books like this through a "Nickstarter", where they run a pre-order with an assortment of money saving deals. I signed up to this to get all the interesting sci fi figures that will later be out in blisters of two. 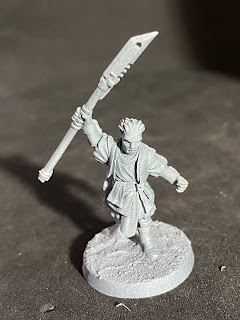 The downside of this is that they've all come in a zip lock bag with no labelling or explanation, so I do kind of have to work out myself what they're meant to be in the game. I'm not sure how intentional that's meant to be. 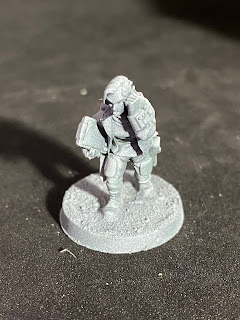 That said, some of them models are more obvious than others. This model, for example, is clearly meant to be one of the "retrieve information loot" type crew members. 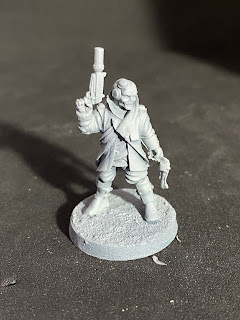 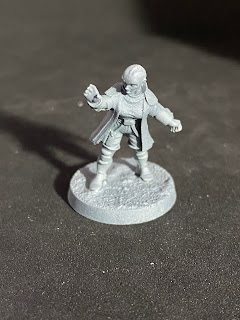 I don't have any strong plan for any of these, I'll just play around with whatever colours on my desk when I pick one up. 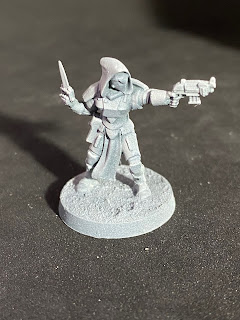 There's plenty of different looks and back stories you could give these models, which I think is a good strength to have for a model / setting agnostic game. You can spark ideas with the visuals without necessarily dictating who the model is. 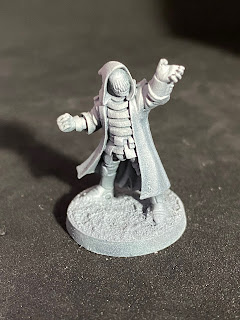 I particularly love this toothy boy. He'd work well as a psychic captain or similar, but also a weird NPC in a sci fi setting. Maybe even a fantasy one. 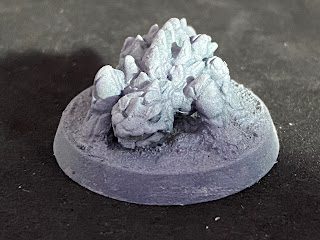 There was also this greebly creature which I suspect can be used in Frostgrave and Stargrave as an NPC monster thingy. Should be a quick paint job with contrast! 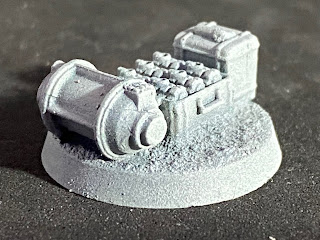 And to finish where I began, I had my assembly person stick all three look things to the same base, as I felt that one alone felt a bit sad and small as a piece of loot. This pile of stuff looks a bit more tempting and valuable.
Posted by The Responsible One at 19:00

Email ThisBlogThis!Share to TwitterShare to FacebookShare to Pinterest
Labels: Painting, Stargrave, to do