Work in Progress Wednesday: An eclectic selection from Fenris Games 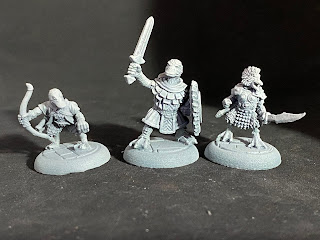 Among the models I've got sitting in the painting queue, I am disproportionately excited about these Fenris Duck Adventurers. Duck people are a nerd famous part of the Runequest roleplaying game, and these one's simple armour well suits the style. 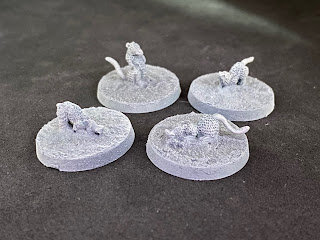 These rats are also made by Fenris. They'll be useful for D&D and skirmish game wandering monster tables. Sadly, the rat on the front right lost his tail at some point between purchase and returning from my assembly guy. It's fine, real world rats lose tails too. 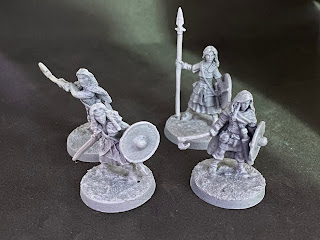 These four badass women are all by Bronze Age Miniatures, who are US based. In the UK, you can order them through Fenris Games. There's a definite supplier based theme to today's Work in Progress post! 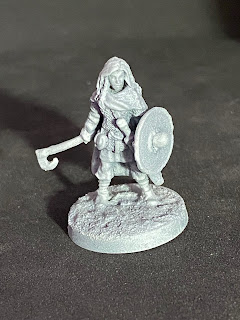 Ingrid is the first of them. While she's looking Viking / Shieldmaiden-esque, I don't think she'd be out of place in a low fantasy setting either. 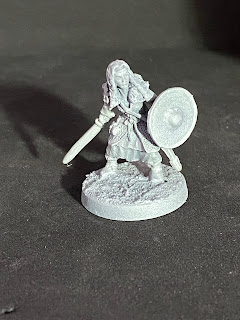 I feel like Siggi looks like she is done with your nonsense and is about to mess you up. I'm likely going to give these models relatively quick contrast paint jobs, but there's a ton of sculpted detail on these models that will make that easy. 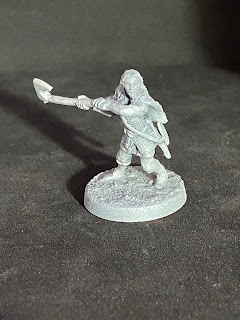 Kera is described as a Viking berserker. She's mid way through swinging a big old ax, and will likely mess up whoever it hits. 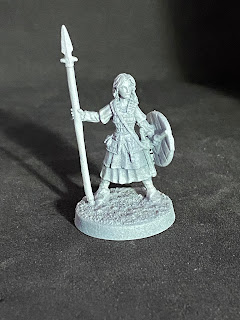 I intended to buy Dagny on a previous order, and managed to order the wrong figure instead. Still, I ordered the right one this time, and I'm really looking forward to get some paint on her. She's got a good "thrown some armour on over clothes" look that makes her a good guard or armed up civilian.
I hope you enjoyed this look through an assortment of the miniatures in my painting queue. If you get a moment, do head over to the Fenris site and have a look around. There's tons of gems there worth picking up that are hidden away all over the site.
Posted by The Responsible One at 19:00

Email ThisBlogThis!Share to TwitterShare to FacebookShare to Pinterest
Labels: Fenris games, Painting, to do